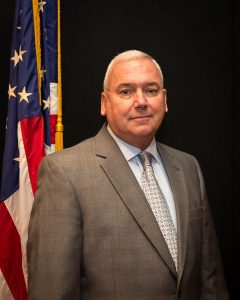 Jim Cerrone is the Vice President for Retail Operations of Fort Sill National Bank.  His responsibilities include direct supervision of 73 branches in nine states.  He currently oversees the Marketing Department, Field Operations, Branch Analysis, and is a member of the bank’s Examining Committee.  Cerrone joined the bank in 2007 after retiring from the United States Army as a Brigadier General with over 30 years of service to the Nation.  He has earned an MS in Public Administration from Central Michigan University and an MA in National Security and Strategic Studies from the United States Naval War College.  Cerrone currently serves as the Vice Chairman of the Association of Military Banks of America.  He holds additional board positions to include; American Red Cross (South West Oklahoma), Military Officers Association (South West Oklahoma), and the Lawton Community Health Clinic.