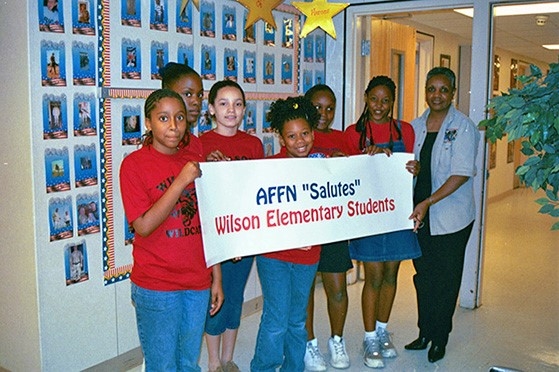 AFFN’s Board Transitions to DCUC Leadership

Changing of the Guard

Incoming Chairman Frank Padak, President & CEO, Scott Credit Union, has served on the AFFN Board since 2009, as an Associate Director, and elected to the Board as a Director in 2010. Mr. Padak has served on the DCUC Board of Directors since 2005. He also has a distinguished service record serving organizations such as the Federal Reserve Bank of St. Louis CDIAC; CUPAC Board of Directors; Illinois Electronic Recording Commission; the Southern Illinois Chapter of Credit Unions; and numerous civic, sports, and community organizations.

Incoming Vice Chairman Patricia Kimmel, President & CEO, Belvoir FCU, has served on the AFFN Board since 2010, as an Associate Director, and elected as a Director in 2012. Ms. Kimmel has served on the DCUC Board of Directors since 2008. She has also served in numerous civic, religious, community, credit union and military service orientated organizations throughout her career.

“AFFN has supported defense credit unions and military banks in its mission to serve those who serve, proudly and honorably for the past 30 years. I look forward to the continued success of AFFN on behalf of all AFFN Participants,” said Chairman Frank Padak.  He added, “I would like to thank both Mr. John Mitchell, Immediate Past Chairman, and Mr. Terry Tuggle, Immediate Past Vice Chairman, for their years of voluntary service to the AFFN organization.” AFFN.