Bank Employee and Naturalized U.S. Citizen – How My Military Bank Helped me Achieve my Goals! 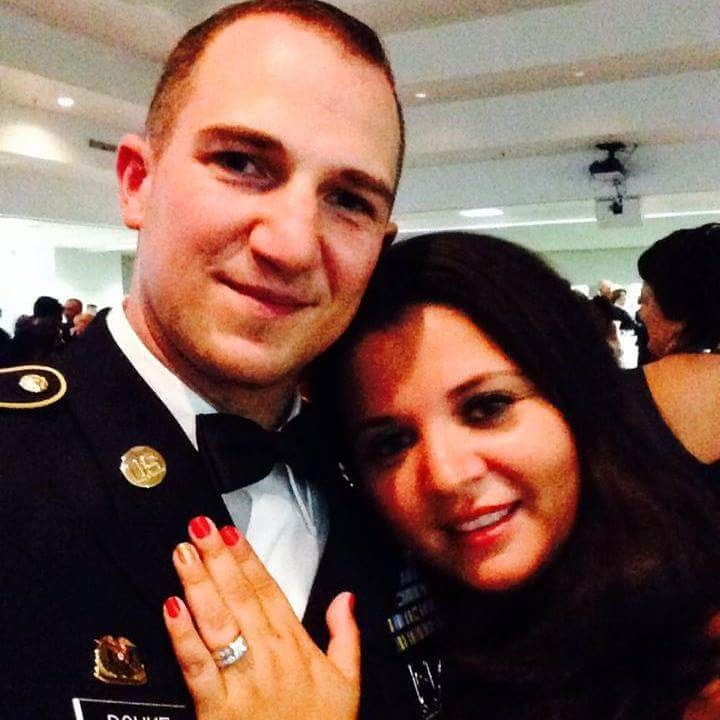 Since my husband was assigned to Fort Sill, I decided to support his Company and become a FRG Leader, which was personally rewarding for me. I got to meet and help lots of people and was amazed that people recognized my hard job and in a short period I had earned very nice awards from the Army.

My history as a Bank Employee begins May 2014 when I decided to apply at Fort Sill National Bank for a Teller position; I was very scared but hopeful about it. My husband gave me a nice talk of confidence so I did it. After a few days of waiting I finally got the phone call from the PX Branch Manager Tamara Rietcheck, I was so excited and thankful that I cried over the phone. I didn’t mention it before but I was born and raised in Ecuador, located in South America. I moved to the United States in 2007 while my husband was serving a tour in Iraq as a Civilian Fireman. So as an immigrant, I wanted to make sure to follow my own career in the United States.

And my great time as an Employee a Fort Sill National Bank doesn’t end there.  After I took the job, I decided to help a friend who couldn’t carry her own babies and became her surrogate. So after that major decision I spoke to my boss because I didn’t want to lose my job.  She told me that what I was doing for my friend was something very special and to be sure about it because I would be off work for a while. But my story doesn’t end there just yet.  A few weeks after that I was feeling like I was on top of the world with an amazing job, an exceptional husband and amazing coworkers that in a short period have become family, so I decided to take one of the most rewarding personal challenges TO BECOME A CITIZEN OF THE UNITED STATES OF AMERICA.

Once again I spoke to my boss about it and she was very supportive of my decision, so I sent the paper work in to Homeland Security and after I got accepted, they gave me books and a CD to study. At my job, for security reasons, I couldn’t play the CD to help me study, but I did order some flash cards to help me study. The bank allowed me to study during my breaks and when we didn’t have customers in line; each employee took some flash cards and asked me the questions. The help and support paid off after a month I took my test and I passed. I called my Bank right away because they were waiting for the news, and in November of the same year that I started my job adventure with Fort Sill National Bank I became a Citizen of the United States of America.